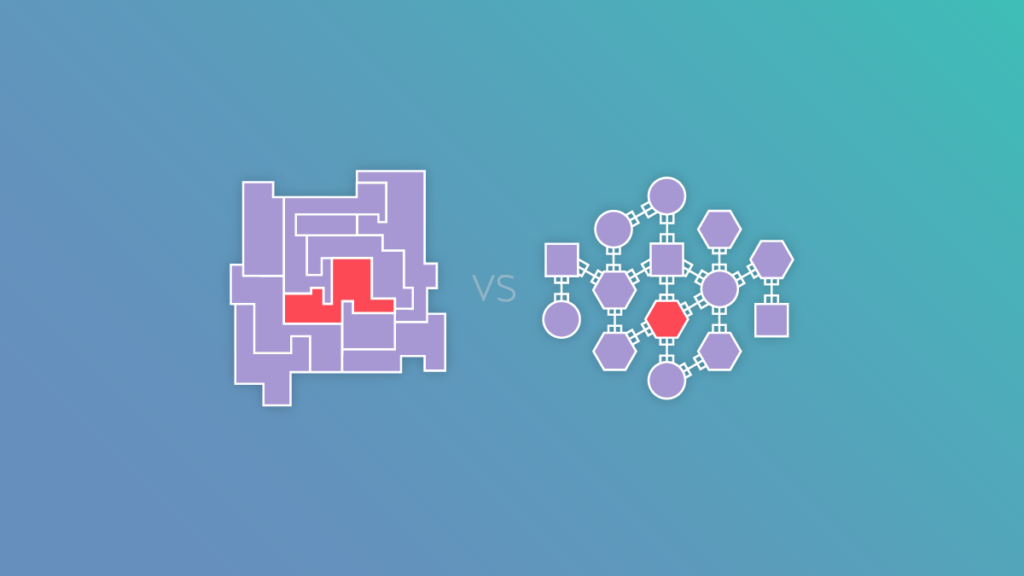 Many modern programming trends like microservices, containers, and APIs have a strong sense of Loose Coupling. In other words, services are now designed to be reusable and interchangeable, without breaking existing interconnections. For some years now, the software industry has been moving away from custom integrations that involve Tight Coupling. But what exactly do these terms mean? Today, we’re going to define what Loose Coupling and Tight Coupling from a general computer programming angle, and explore what these paradigms mean for web API design and implementation. Tightly-coupled components are built to fit a singular purpose, are dependent upon each other, and not easily reusable.

Connected software services are, broadly speaking, either more tightly-coupled or more loosely-coupled. Tight Coupling is the idea of binding resources to specific purposes and functions. Tightly-coupled components may bind each resource to a particular use case, a specific interface, or a specific frontend.

In essence, a tightly coupled system is purpose-built, and every custom deviation from the standard comes with its own resources and integrations. This is a simple way to build data relationships, and is beneficial in terms of understanding, relying upon, and interacting with said information. However, Tight Coupling brings clear losses to software extensibility and scalability.

Loose Coupling, however, is the opposite paradigm. In a loosely coupled system, the components are detached from each other. Every resource could have multiple frontends or applications. The inverse is true of each of those elements as well. All systems can work independently, as part of the larger group of systems, or in close concert with multiple segmented groups of systems. Ultimately, nothing is forced into a relationship with anything else, which delivers obvious benefits in extensibility and scalability. The caveat is often an increased overall complexity.

For an example of Loose Coupling, take a headless CMS. Headless CMS separates the backend from the front end, meaning developers can reuse and interact with the same API-enabled backend from any client browser, platform, or device.

Loose Coupling as a Best Practice Loose and Tight Coupling are quite general concepts. So, what use cases can benefit from each approach in practice?

Before we discuss Tight Coupling, it should be noted that Loose Coupling is by far the most desired paradigm for RESTful API development. RESTful APIs should be able to transform, remix, scale, extend and morph from use case to use case across multiple resources. In essence, a proper REST implementation should be both layered and stateless – it should exist largely independently from a single-use case, and should respond with all the information required to interface for all requests.

Additionally, some significant security gains come with loosely coupling. Since there are not a million different versions of a million different interfaces for each resource, the amount of data that needs to be secured and updated could be reduced dramatically. Loose Coupling, in effect, leads to a much more secure ecosystem.

Finally, smart and dumb components are largely isolated from one another, reducing over fetching. In other words, smart components that require more knowledge or data to function can do so by talking to a centralized API. Dumb components that don’t need to know much can operate independently without contending with coupled, unique resources or requirements.

Ultimately, Loose Coupling leads to decreased interdependency between components and reduces the risk of breaking changes.

Tight Coupling as an Alternative

If Loose Coupling has so many benefits, why even consider Tight Coupling? While it’s true that tight coupling is not optimal for most microservices and RESTful designs, it does have a place in specific applications.

The primary benefit of Loose Coupling is that resources are decoupled from the interface to allow for greater amounts of interoperable, extensible APIs and resource schemas. Not all services require this, however. There are some cases where one has a single resource and a single interface of a single type. In such a case, singular purpose APIs are often tied to single-use cases and single workflows.

Loose Coupling also introduces greater complexity to a system. Some workflows only utilize one device, one interface, and one API. If only a single implementation is planned, Tight Coupling could make for a much simpler development effort. Unless there’s a strong possibility that the application will move to something more general, simplicity is far preferred.

While Tight and Loose Coupling are certainly the most apparent styles, there is another type of coupling. Non-Permanent Coupling is technically a hybrid type of coupling that fits into neither category. Non-Permanent Coupling could use time or location-based factors to couple or decouple components. In practice, it still often falls under the umbrella of either loose or tight coupling, but the behavior is unique enough to be defined here separately.

Temporal Coupling is the idea that resources can only be used by one resource when another resource has answered the initial request. The resource and the interface are entirely decoupled until a time-limited couple is created. While this should be avoided most of the time, there are some examples in which this might be valid. A security application managing remote access to a workspace, for instance, might use time-coupling to restrict access to the elevator connection API until the credential service authorizes the requesting user.

For an example of how these two paradigms work in practice, there’s an excellent code example that can be found at C# Corner. We replicate it below for commentary purposes.

Let’s start with a simple Tight Coupling situation. Imagine we are coding a remote control application in C#. The following code represents this scenario:

The obvious benefit of this type of approach is simplicity – in a handful of code lines, we have a very simple remote controller skeleton. That said, there are major problems with this approach. By tightly coupling the interface (the Remote Control) and the resource (TV), a relationship is created in which either of those elements cannot function without the other. The television cannot be changed without the remote, the remote cannot control anything but the TV, and changes to either directly impact the other. This might be acceptable if the TV and remote control are the only devices in this ecosystem. However, if the manufacturer wanted greater extensibility to control other devices, this would not be possible in the current approach.

To solve this, let’s consider a more loosely-coupled approach. The following code is both the remote class and the management class for the remote instance:

This approach requires a chunk of code for actual use, which is rendered below:

The major drawback here is apparent from first blush – the code is fairly more complex than the more straightforward tight coupling approach. That said, it gains some significant benefits.

First and foremost, it expands usability and extensibility to a much higher level. With the remote and the TV abstracted from one another, new functionality can be added, expanded upon, and developed with basically no impact between the resource and the interface. This essentially modularizes the entirety of the interface and data flow, allowing for development to occur at many different levels.

Another major gain is that each component can be tested and worked upon in isolation. In our original tightly-coupled paradigm, we were limited in our testing approach, as we could only check the entirety of the data flow. With everything modularized, we can instead test each individual component.

Perhaps the best benefit here is that we can combine and extend each class. For instance, let’s assume that our remote is not just for TVs – we might want to control the air conditioner, a smart speaker, or a fridge. If we were to use an IR or BlueTooth module, we might want to have all commands feed into a single emitter function. While the specific command would obviously be different, the underlying function would still be the same. With a loosely coupled system, these functions could be combined into a singular interface, but could themselves each be part of a different codeset with different extensible functions.

In a tightly coupled paradigm, each of these individual functions would need to be developed explicitly for the specific use case, which would almost be more complicated than merely working in a loose paradigm.

Typically, our suggestion is something along the lines of “it depends…look at your use case and then decide whether or not each option is appropriate.” However, this is one of few cases where we’ll be more direct: tight coupling is almost always inappropriate for RESTful API design. Decoupling components usually brings better extensibility and helps future-proof a system. Tight coupling is recommended only for very rare circumstances (typically non-REST). In such a case, do not be afraid to use tight coupling, but consider whether your initial suppositions are correct.

What do you think about coupling? Is this a fair assessment of the benefits and drawbacks of each paradigm? Let us know in the comments below.