Voice search is becoming increasingly prevalent as the years tick on, as increasing amounts of users access the Internet via mobile devices and with the help of voice assistants like Alexa. 41% of adults report using voice search on a daily basis.

Voice search is becoming an essential component of eCommerce, as well. 50% of consumers report making a purchase using voice search in the last year. Neglecting voice is like leaving money on the table, not to mention potentially alienating your audience.

The fact that voice search could possibly alert you to members of your audience with money to burn and a willingness to spend is reason enough to investigate voice and integrate it into your existing workflow.

But how do you go about integrating voice recognition into your website or app? Isn’t that the domain of uber-rich companies with heavy investments in machine learning and virtual reality?

There are numerous speech-to-text web APIs you can use to power your app or website. We’re going to dig into some of our favorite, most useful APIs for voice search.

The 5 Best APIs For Speech-To-Text

Ranking tech solutions from best to worst is always going to be subjective. What constitutes the best API will largely depend on what you’re going to be using voice recognition for.

We’ll be segmenting our favorite speech-to-text APIs by application, as a way to help you figure out which API will best suit your particular needs.

The phrases people tend to use to look things up online tend to be short, sweet, and to the point. Voice search APIs for online applications won’t need to be as thorough or have as many technical considerations, like grammar or syntax, to consider. This means these APIs tend to be lighter, faster, and quicker to load. 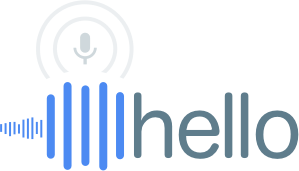 Considering that Google is essentially the nervous system of the Internet at this point, it’s no surprise their Speech-To-Text API is among the most popular – and most powerful – APIs available to developers.

Google Speech-To-Text was unveiled in 2018, just one week after their text-to-speech update. Google’s Speech-To-Text API makes some audacious claims, reducing word errors by 54% in test after test. In certain areas, the results are even more encouraging.

One of the reasons for the APIs impressive accuracy is the ability to select between different machine learning models, depending on what your application’s being used for. This also makes Google Speech-To-Text a suitable solution for applications other than short web searches. It can also be configured for audio from phone calls or videos. There’s a fourth setting, as well, which Google recommends using as default.

The newest update also allows developers to tag their transcribed audio or video with basic metadata. This is more for the company’s benefit than for the developers, however, as it will allow Google to decide which features are most useful for programmers.

The Google Speech-To-Text API isn’t free, however. It is free for speech recognition for audio less than 60 minutes. For audio transcriptions longer than that, it costs $0.006 per 15 seconds.

For video transcriptions, it costs $0.006 per 15 seconds for videos up to 60 minutes in length. For video longer than one hour, it costs $0.012 for every 15 seconds. Make sure you factor that into your pricing models when developing applications and web services.

Microsoft is also a major player in the world of voice recognition APIs. Microsoft Cognitive Services is more than just another speech recognition API, however. It’s also a part of the Microsoft Trust Services which offer unparalleled security options for developers looking for the most secure data for their applications.

The main thing that separates Microsoft Cognitive Services’ Speech to Text API is the Speaker Recognition function. This is the auditory version of security software like face recognition. Think of it as a retina scan for the sound of the user’s voice. It makes it incredibly easy for different levels of users.

Beyond that, Microsoft Cognitive Service’s speech recognition API has many of the same benefits of other voice APIs. It can perform real-time transcription, as well as converting text-into-speech. Thus, Microsoft Cognitive Services can cover most of your text and speech-based needs. It can also be used for call center log analysis, if you’ve got large amounts of audio that needs to be analyzed.

Dialogflow is also owned by Google. The main advantage over other voice APIs is Dialogflow’s ability to take context into consideration when analyzing speech, which makes for more accurate transcriptions. It also allows developers to customize their voice-based commands for different devices, such as smart devices, phones, wearables, cars, and smart speakers.

Dialogflow’s earlier incarnation, Api.ai, was used to power the Assistant app, one of the earliest virtual voice-based assistants, way back in 2014. It’s since been discontinued but demonstrates that Dialogflow has been in the AI/machine learning/voice recognition game for longer than most.

The Dialogflow voice recognition API also has a number of analytics built into the platform. You can measure user engagement or session metrics, as well as usage patterns or latency issues. This is bound to be helpful when getting investors, sales and marketing teams, and developers on the same page.

Dialogflow currently only supports 14 languages, however. This makes it less useful for multilingual software than Google Speech-To-Text or Microsoft Cognitive Services.

It’s no secret we’re generating, processing, and analyzing larger quantities of data than any other time in history. Not all of that data is going to be clean and well-organized, especially if you’re designing or developing an API. As API developers, it’s our job to make sure that the data is organized and usable.

IBM Watson is perhaps one of the purest expressions of AI as a virtual assistant. IBM Watson is very adept at processing natural language patterns, which is one of the holy grails of AI and machine learning developers.

The IBM Watson Speech to Text API is particularly robust in understanding context, relying on hypothesis generation and evaluation in its response formulation. It’s also able to differentiate between multiple speakers, which makes it suitable for most transcription tasks. You can even set a number of filters, eliminating profanities, adding word confidence, and formatting options for speech-to-text applications.

IBM Watson is simple to set up and implement, which makes it a wonderful option for those looking for a Speech-To-Text API but aren’t completely technically proficient. IBM provides extensive documentation and one of the most thorough API reference manuals on the market. If you’re looking for a speech-to-text API that’s simple to set up and start using immediately, IBM Watson might be a good fit.

Of course, IBM Watson is more than just a speech-to-text API. It’s one of the most fully-developed machine learning libraries in existence. It continues to learn and evolve, the more you use it. This makes it suitable for preventing outages and disruptions as well as accelerating research and data. Most applications that would benefit from structuring unstructured data will benefit from using the IBM Watson API.

As one of the best-developed machine learning APIs out there, IBM Watson isn’t cheap. It is quick to get up and running, however, meaning you won’t waste money on downtime or having to hire multiple developers just to get started. The peace of mind of a nearly plug-and-play Speech-To-Text API may be worth the cost of admission alone.

Speechmatics offers an easy-to-use cloud-based API for automatic transcription services. Its main claim to fame is that it supports a wide range of file formats, meaning it can be used for offline file processing.

It also supports a truly impressive array of languages, so you won’t be limited to English. It’s also been found to be more accurate than most of the other speech recognition APIs out there, so you won’t have to proofread your transcriptions quite as extensively, so you can focus on other things.

The Speechmatics API is also highly adept at speaker recognition. It processes an impressive array of different variables, from confidence values to timing and speaker indications. This makes Speechmatics useful for machine learning applications, as it gets to know a speaker more thoroughly with each iteration.

Speechmatics has been found to be one of the fastest and most reliable automatic transcription APIs available for developers. It also supports nine languages, including different variants on English, including British and Australian English.

There are a couple of drawbacks to the Speechmatics API, however, although none of them are major enough to be a dealbreaker. First and most notably, there’s no app interface. If you’ll be using the transcription services, you’ll need to upload the audio to the website.

Not all Voice-To-Text APIs are created equal. In fact, think of a voice recognition API as a toolbox rather than a product you’d buy off the shelf. Each one has different strengths and weaknesses. Knowing which Speech-To-Text API is right for your product largely depends on what you’ll be using it for.

These five APIs certainly aren’t the only ones you can use for voice-related functions, either. Some other noteworthy voice recognition APIs are worthy of a look.

Other Noteworthy Voice Recognition APIs include:

Each one of the speech-to-text APIs has its strengths. If you need transcription or to decode noisy audio, Google Speech-To-Text is an excellent contender. If you’re looking for real-time translation and transcription functionality, Microsoft Cognitive Services is probably going to be your best bet. If you’re looking for a plug-and-play voice recognition API that easily configures for numerous devices and software environments, Dialogflow might be right for you.

If you’re going to be dealing with large amounts of unstructured data, however, IBM Watson is going to be the best suited for your particular needs. If you’re going to be needing speaker separation or easy integration with additional software, Speechmatics will make your life as easy as possible, with its convenient REST API.

Considering the rise of mobile and hands-free devices, virtual assistants, and AI, it’s safe to say that voice integration isn’t going anywhere. It’s only going to get more prevalent, as technology continues to intertwine with the fabric of our daily lives.

Now’s the Time to Shift Left of Traditional API Management

Who Is Responsible for Protecting APIs?